Surfing on Crisis: Hope and Fear between Ideals and Ideologies 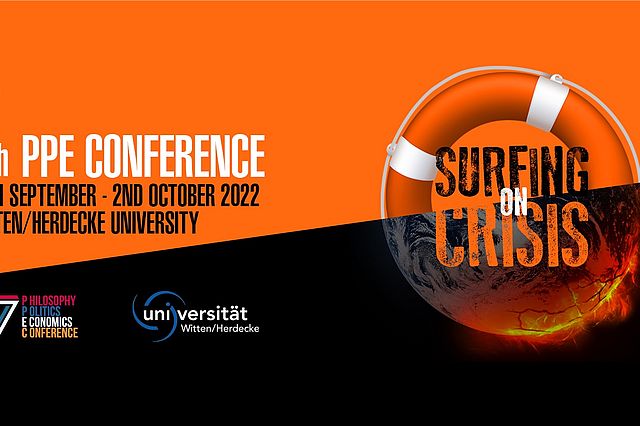 Surfing on Crisis: Hope and Fear between Ideals and Ideologies

At the 7th Edition of the PPE Conference, we would like to discuss the underlayers of crises.

Looking at each corner of the world, a rich mosaic of situations is changing the cast of the future prompting significant concerns globally and locally. Different agents have various interests in avoiding or embracing those crises. In a world where individuals increasingly have a feeling of being dispossessed of their power as free autonomous citizens, we seem to enter a generalized era of political despair and democratic apathy. In this era, hope for change seems like a perfect candidate for strong instrumentalization either for the better, the worse or the same. Furthermore, it is apparent that we are surrounded by various crises such as climate change, COVID-19 pandemic, multiple wars, economic crises, etc.

At the 7th Edition of the PPE Conference, we would like to discuss the underlayers of the crises. While a crisis might be a sign of instability, it also offers the chance to reveal issues that have been hidden in plain sight; radical ideas become all of sudden attainable. One also might even argue that looking back on humankind; the crisis was the common denominator in revolutionary change in society. From a historical point of view and based on our experiences of several cases in the last few years, it can be felt how seemingly unfortunate conditions forced some agents or even society as a whole towards innovation, adaptation and evolution, which in turn led to the development of resilience and preparation of the settings to tackle the future crises.

Dedicated to investigating the topic of crisis, we intend to ask the following questions: What contributes to crisis - agents or structures? A popular narrative is that crises are only thorny chances to generate progress - to what extent is this narrative true? Who benefits in moments of crisis? And finally, we would delve into social cohesion and investigate how it correlates with the crises.

Crisis refers to various meanings among different viewpoints. In economics, what crisis refers to is a matter of external forces disrupting the status quo or financial predictions, while in political science the word is used in a rather broad sense; that is, a spectrum from wars, revolutions to participation rates of elections and cultural conflicts may fall under the description of crisis. It is important to notice that the same phenomena can be experienced in two different places and times, one might be called a crisis and the other not. The ambiguity of calling a situation a crisis is something we intend to investigate.

We aim to explore how political apathy can be instrumentalized in times of perpetual crises, especially by engaging the two primal emotions of hope and fear. We also focus on the relationship between individuals and their ideals with institutions and ideologies. Namely, we would like to investigate how an individual change emanates in an ideological space and what form that would take.