Travelling Overland from England to Hong Kong via Witten, the Trans-Siberian Express, Mongolia and China 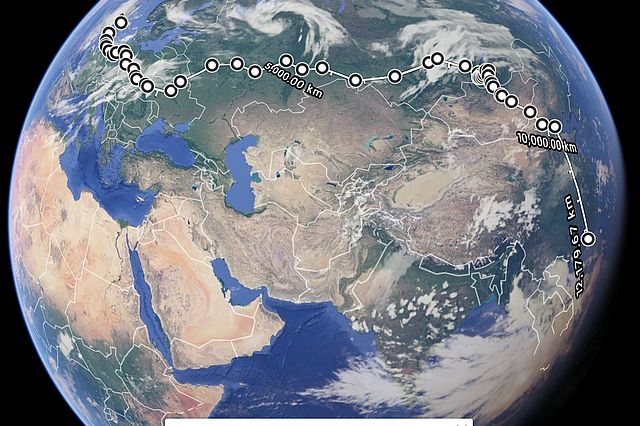 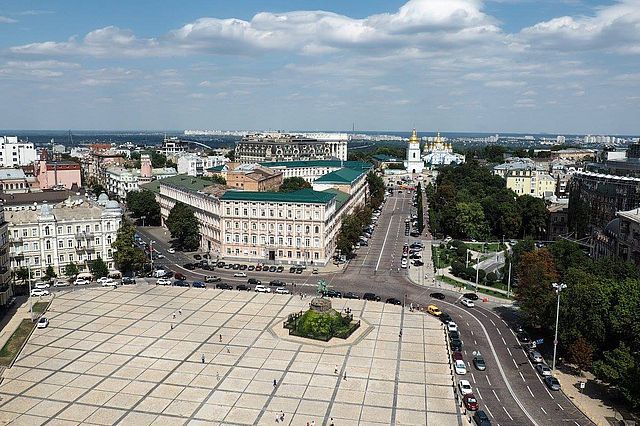 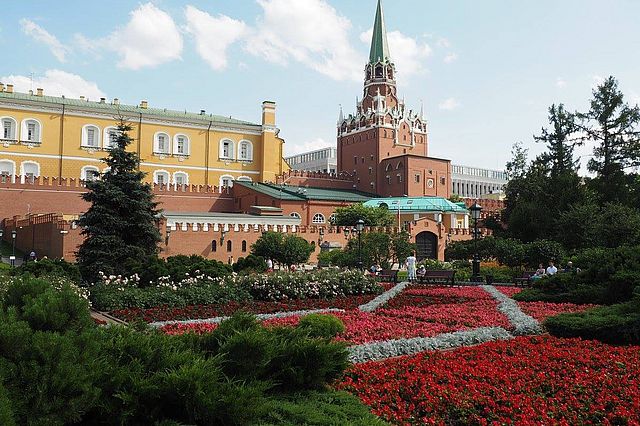 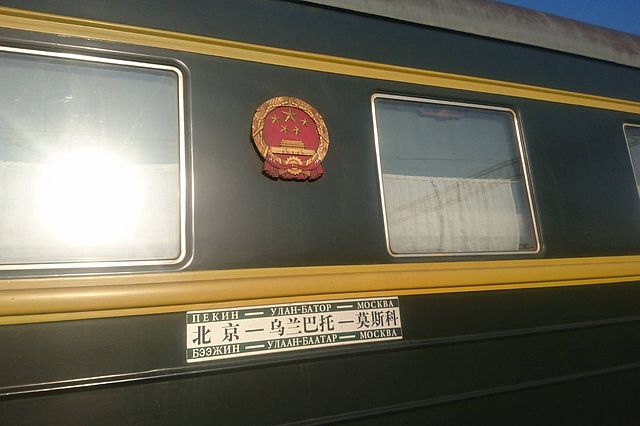 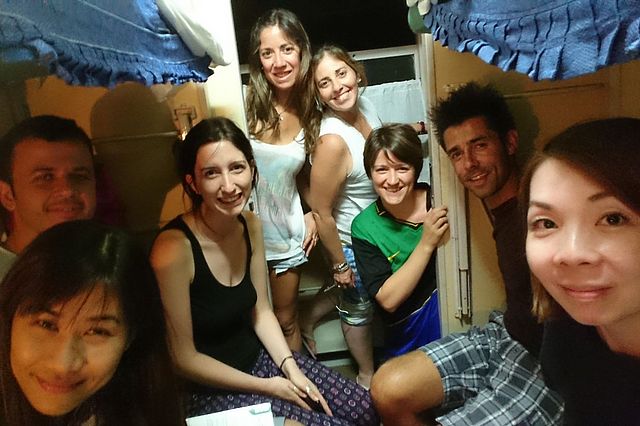 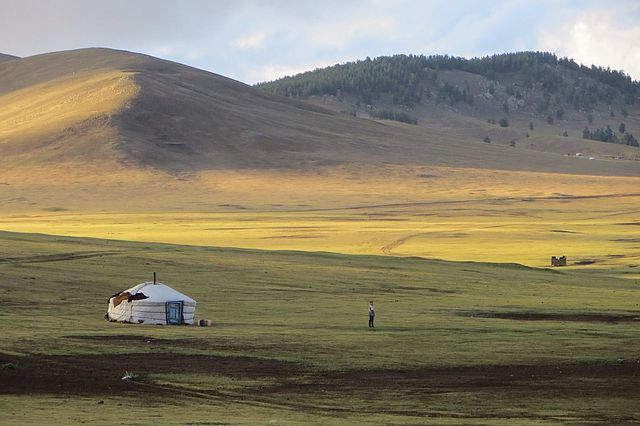 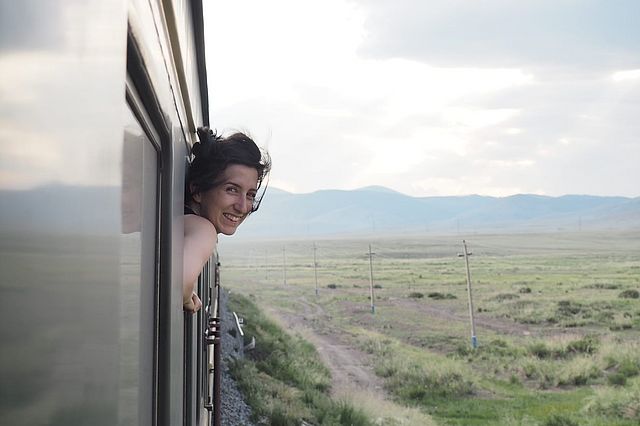 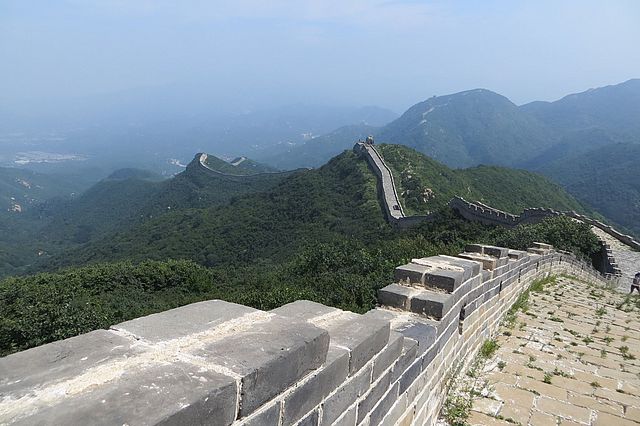 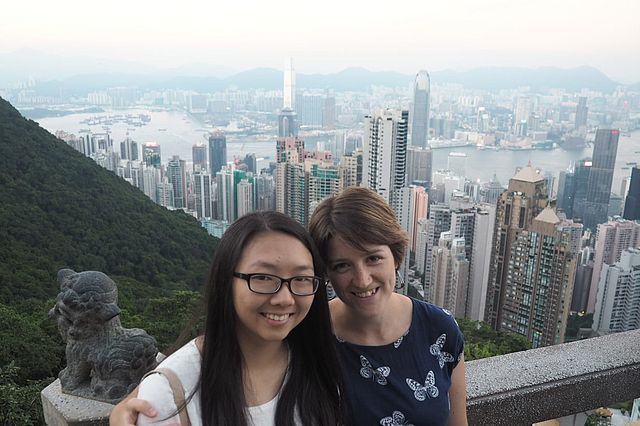 Travelling Overland from England to Hong Kong via Witten, the Trans-Siberian Express, Mongolia and China

“My sister wanted to visit her friend in Hong-Kong and we decided to go overland.” Maybe you are considering doing your exchange semester in Russia, China or Japan? Then why not also consider going overland? The end of the Trans-Siberian connects to a ferry that goes directly to Japan or South Korea. In this article, Ayesha Keller, our Head of International Office, tells us about her experience of slow travel and hopes to inspire you to give it a go too.

When talking about sustainable mobility many people say it is fine for Erasmus but it is not possible if visiting one of our global partners. In this article, I hope to inspire you to change your mind.

I have always loved travelling, and riding the Trans-Siberian express had been on my bucket list for a while. In the summer of 2017, as luck would have it, my sister Leo and I both had a month free. We decided to use the opportunity to go on an adventure together before our lives moved in different directions again.

We started planning the trip, sorting out visas and booking tickets. We were going to hitch-hike through Scandinavia to St Petersburg and then on to the Trans-Siberian, but a couple of weeks before we left, I got the email to say I had been invited for the M.A. PPE selection seminar in Witten so we changed our plans. We took the train from Birmingham to London and then the overnight bus from London to Cologne where we stayed with friends. Did you know - the bus gets on the train through the Eurotunnel? It is rather surreal. The next day, early in the morning, we took the RE and S-bahn to Witten where I had my interview and fell in love with the city (possibly due to the vegan hot dog at Curly Cow – how I miss that place!).

As our budget was tight, we always booked the cheapest option. In this case 36 hours on a Russian bus (we understood nothing) through Germany and Poland to Kiev, capital of the Ukraine. Ukraine was the most unexpected jewel on our trip. We hadn’t planned to visit it at all and only did because of the interview at UW/H so we hadn’t done any research and didn’t know what to expect. We had just booked a stopover night in a cheap (slightly dodgy) hostel.

Kiev is breathtakingly beautiful with such a vivid culture and living history. We did a free walking tour of the city and were amazed (and a little embarrassed) how little we knew about the country, the current conflict and the history of this very impressive city.

After a night in a proper bed – so good! – we got another bus to Moscow (18 hours this time but no toilet again – quite a challenge if you don’t understand what the driver is saying, don’t know when the next toilet stop will be and you are menstruating). Also, we didn’t have the right currency to pay for the toilet when we did finally stop on the other side of the border – thank goodness a lovely Russian family came to our rescue again and paid for us both. Some things can be communicated quite clearly just with body language.

Almost a week travelling by bus was an experience that I am glad I have had, but I was very happy when we finally arrived in Moscow. We spent a couple of days with the parents of the girlfriend of a friend of ours in Moscow. It was amazing. Moscow is stunning. All the people (except one scary taxi driver) we met in Russia were warm and friendly and we really got to see a totally different country to the way it is often portrayed in Western media. Also, we usually eat vegan. We thought that would be impossible on this trip but the vegan scene in Moscow is booming. Totally unexpected bonus.

After exploring Moscow we jumped on the Trans-Siberian Express. We could have stayed on the train all the way through to Beijing but we decided to take a stop after 4 days in Irkutsk, the capital of Siberia. Four days on a train was... well… relaxing. We slept a lot! I had a crazy long to do list as always (including planning a move to Witten a week after I would return home) but no WiFi meant I could pretty much do nothing. We read each other’s books, attempted to learn some Russian or Japanese and communicate with our cabin neighbours, looked out of the window (though there wasn’t much to see except trees), and after 2 days for the first time since I was a kid – I was bored!

I had forgotten what that feels like. I had just got back from over a year of working in refugee camps in Greece and refugee advocacy work around Europe and was recovering from a burnout. Spending multiple days on a train is the best remedy. I finally felt relaxed again.

In Irkutsk we spent a few days hiking, swimming in lake Baikal and enjoying the incredibly fresh air. We then jumped back on the train for a few days that now turned South and watched as the scenery changed dramatically as we neared Ulaanbaatar, the capital of Mongolia. After a night couchsurfing with a family living in a yurt on the outskirts of the city, we spent 5 days staying with a Nomad family in the surrounding countryside. We spent most of the day on horseback and most evenings playing with the kids. We also celebrated Leo’s 25th birthday.

After a glorious week in Mongolia, we got the train to Beijing. I had been in Beijing before but Leo had not. We stayed in a very busy hostel in a very busy street full of smells and sounds. We visited all the “must see” sights and walked along a part of the Great Wall of China. After weeks on a train, Beijing felt a bit too busy for us so we were happy to jump on a super-fast modern train direct to Hong Kong.

The Chinese trains are fast! In Hong Kong, Leo’s friend, Charis, greeted us at the station. We spent the last part of the journey staying with her family and exploring Hong Kong. I also made use of the fact that Hong Kong still had unrestricted internet so I could access WG-gesucht and Skype (remember that thing we used before Zoom?). I spent many evenings skyping with WGs in Witten while in Hong Kong. A week later, I was back in Witten, ready to start my PPE journey.

I’m not going to pretend that it was all easy, fun and comfortable. I’m also not an environmental hero as I flew home again ruining my carbon footprint for the whole year – however it was so much more fun, educational and enjoyable than if we had just flown there and back (and I saved at least half my carbon footprint).

I realised our planet actually isn’t that big. People are friendly regardless what language you do or don’t speak if you are open to them and slowing down can be really good for your soul and your health. By doing the whole journey on the ground rather than flying from point to point, we had so many unexpected and unplanned for experiences. Ralph Waldo Emerson once said “life is a journey, not a destination”. Going abroad can also be about the journey and not just the destination. What I particularly valued was the time together with my sister. Doing such a journey alone means you get to know yourself a lot better, do it with someone else and your bond is strengthened. My sister and I had never spent a month so intensely with each other since we were children and it was a really good opportunity to get to know each other again as adults. I now live in Witten, she lives in India, and due to Corona we can’t visit each other. I’m so glad we used the time to be together when we could. It makes the distance now a little easier to bear.

My message to you

If you are planning to go abroad for an exchange semester – don’t wait till you get there for the adventure to begin – start the adventure from Witten! Start a few weeks earlier, travel overland and who knows what experiences might be in store for you. If you are not sure where to start – let me know and we can meet in raum or Kijami and discuss your options. I love travel planning.

List of partner universities that can be reached via our overland route: