Faculty of Management, Economics and Society 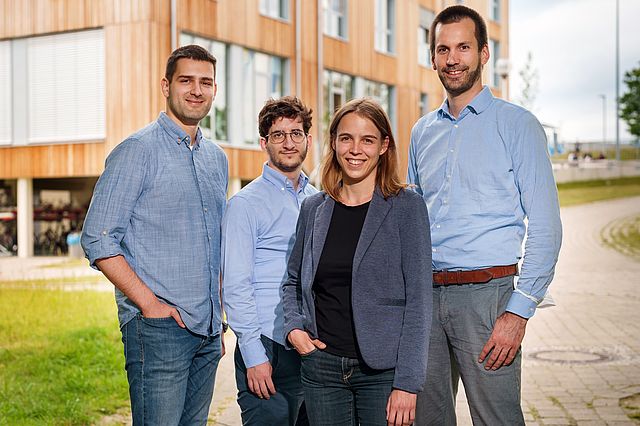 Prof. Dr. Nils-Christian Bormann holds the Chair of International Political Studies. He investigates the sources of instability in multiethnic and democratic societies. Specifically, he studies the role of elite coalitions in preventing political violence. His research thus lies at the intersection of comparative politics and international relations.

Professor Bormann’s methodological approach derives from the theoretical questions under consideration. Predominantly, he uses statistical models to estimate the risks of different forms of instability: civil war, the risk of governmental breakdown, or democratic failure. To probe the plausibility of these models, he draws on case study approaches.

In the classroom, Professor Bormann focuses on identifying the causes of instability in multiethnic or democratic states. Using a range of methodologically diverse analytical tools, he sets out to answer why some states or regions are more stable than others. Moreover, he uses political science theories to develop strategies for conflict prevention and resolution at the local, national, and international level.

The students are invited to contribute insights from philosophy and economics to develop innovative and constructive solutions to the problems posed by political instability. To lay the foundation for a successful interdisciplinary analysis, he teaches the critical analysis of quantitative data and textual sources.

The focus of the DANGER project is to study the danger of political violence for the survival of democracy in a new European Research Council (ERC) Starting Grant project. It explores the response of pro-democracy elites to violent threats by anti-democratic actors in the interwar period (1919-1939). Specifically the project is asked whether governing coalitions between pro-democrats have a better track record than coalitions between pro-democratic and anti-democratic parties in fending off political violence. To do so, the Chair employs statistical models, new machine learning techniques, and insights from archival sources. It is assumed that the best comparison case for contemporary European democracies are past European democracies, and will compare the insights of the Chair from historical cases to current developments to make predictions about future threats to European democracies.

Why do political elites from different ethnic groups share power in government coalitions? And when do such multiethnic coalitions prevent political violence? Answering these questions is of great importance for the stability of states around the world. We investigate the origins of ethnic power sharing using both global datasets and case studies. Our research shows that shared identity markers and formal institutions play an important role in bringing about multiethnic government coalitions. These results have been published  in the Journal of Politics and the American Journal of Political Science. Insights from ongoing research can be found here and here. In the Journal of Conflict Resolution we investigate the role of identity markers such as language and religion in the outbreak of intrastate armed conflicts.

Globally, demands for self-determination by ethnic groups are the most common issue in civil wars since 1945.  In this research project, we investigate when and why secessionist conflicts trigger additional non-violent and violent armed conflicts within the same country. Our central assumption is that political representatives of some ethnic groups learn from interactions between a government and other ethnic groups that seek self-determination. When governments grant concessions suchas regional autonomy to violent challengers, other ethnic groups in the same country may interpret such concessions as a reward for violence, and also rebel. Yet government attempts to fight self-determination challengers can also lead to a diffusion of armed conflicts in the same state. The results from our research have been published in the Journal of Peace Research, International Studies Quarterly, and Political Analysis.