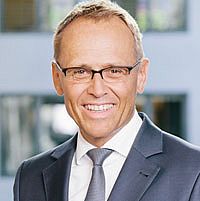 I am a Senior Partner Emeritus and Senior Advisor at Boston Consulting Group (BCG). Since joining the firm in 1994, I have led almost 500 projects in all industries and across a wide range of topics, including strategy, culture, organization, transformation, change, talent, and human resources (HR) management. From 1996 to 1998, I was based at BCG’s office in Boston, USA. In 2001, I was elected Partner & Managing Director, and in 2008, Senior Partner & Managing Director at BCG. In 2008 I was also appointed as one of the first BCG Fellows by BCG´s CEO.

I have built and led the HR topic at BCG globally for 10 years. I was the head of the BCG practice area People & Organization in Europe, the Middle East, and Africa for more than 10 years and led BCG’s Social Impact practice in Germany for more than 9 years. In 2001, I received the Erich Gutenberg Award for the development and implementation of new HR and customer controlling concepts. In 2007, 2009, 2011, 2013, 2015, 2017, and 2019, the journal Personalmagazin named me one of the 40 leading minds in human resources in Germany, and in 2021 I was inducted into the HR Hall of Fame in Germany. I have authored more than 100 reports and articles, such as on HR controlling and on demographic risk management and strategic workforce planning, both published in the Harvard Business Review. I was a member of the Global Agenda Council for talent mobility of the World Economic Forum (WEF), co-leading the Future of Work initiative of the WEF and presenting several times in Davos. In 2014, I gave a widely viewed TED.com talk (more than 2 million views) on the topic of the global workforce crisis.